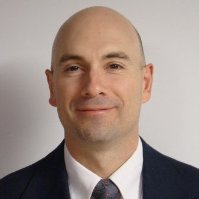 Whirlpool Corporation, the world leader in the appliance industry, has used modeFRONTIER to drive their product development process. The optimization platform developed by ESTECO helps Whirlpool Corporation create more consistent models by increasing fidelity and performance. modeFRONTIER was leveraged to integrate and connect process, component and subsystem models in a consistent framework that enables the ongoing connection and engagement throughout the network of design teams worldwide. (Learn more about the use of modeFRONTIER at Whirlpool).

Already in 2014, Whirlpool's Engineering Director of Simulation Based Design, John Mannisto, participated at the ESTECO UM14 as a speaker, commenting that “system modeling is where modeFRONTIER really shines.”

“It is like a symphony conductor pulling together the individual subsystem outputs to understand the interplay between them. This lets us explore and discover possibilities we’ve never even considered,” he explained.

Participate in the ESTECO UM17 to learn about the latest updates in the field of multidisciplinary optimization!